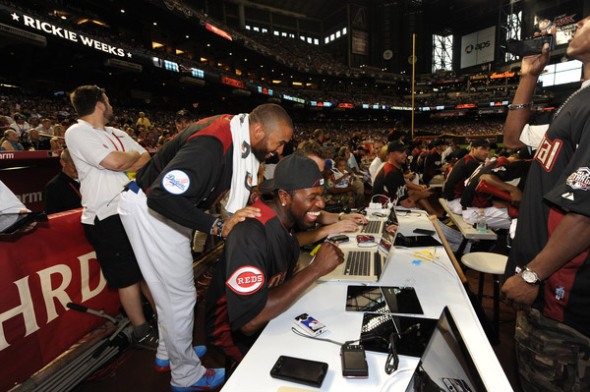 Current estimates of the world’s population are in the neighborhood of just over 7 billion people.  With a number like that, anyone that continues to doubt the impact of social media in today’s world is in denial.  For perspective, Facebook announced in the first quarter of 2013 that they are at 1.11 billion users; that’s roughly 1 out of every 7 people throughout the world.  YouTube isn’t too far behind with 1 billion users, but each user apparently watches an average of 4 videos daily because they guesstimate 4 billion views per day.  What is a bit of a surprise is the distance created thereafter with Twitter falling in third at 500 million users and the 343 million users of Google+.

With the staggering numbers that it brings to the table, it’s been amazing to witness social media’s impact and effect on our world at a global scale.  More specifically though, think about the impact that social media has had on the world of sports.  The NCAA has had to modify policies in order to make room for social media.  For instance, the University of Southern California acknowledges that, “Facebook, Twitter and other social media sites have increased in popularity globally, and are used by the majority of student-athletes here at USC in one form or another.”  USC’s Social Media & Policy Guidelines for Student-Athletes also provides examples of why students should be cognizant of the information they share and explains what content is deemed to be inappropriate in accordance with university policies.  While many NCAA institutions have individuals within their athletic department to monitor compliance, Arkansas has become the 6th state to take a slightly different approach by becoming “the latest state to enact legislation that bans schools from deploying social media monitoring firms to track their students’ personal digital accounts.”  The ultimate purpose of these laws is to save collegiate institutions around the country hundreds of millions of dollars in insurance costs, legal fees, monitoring and compliance.

What is a bit surprising is the NCAA’s Social Media & Blogging Policy.  The NCAA states that, “A credentialed media member may blog or provide updates via social media during any NCAA championship event, provided that such posts do not produce in any form a “real-time” description of the event as determined by the NCAA in its sole discretion.  If the NCAA deems that the credentialed media member is producing real-time description of the contest, the NCAA reserves all actions against the credentialed media member, including but not limited to the revocation of the credential.”  The NCAA’s leniency is significant because it is nothing more than a slap on the wrist, and almost unheard of, when compared to professional sports.  The NBA, for instance, states that, “The Holder agrees not to transmit, distribute, or sell (or aid in transmitting, distributing, or selling), in any media now or hereafter existing, any description, account, picture, video, audio or other form of reproduction of the event or any surround activities (in whole or in part) for which this ticket is issued (the “Event”).”  Surprisingly, many fans probably don’t realize that these terms and conditions are made very clear on the back of their ticket as they sit in the crowd uploading photos, video, and updates to their Facebook, Twitter and Instagram accounts; among others.  While he wouldn’t say it, we also know Mike D’Antoni wasn’t thrilled with Kobe tweeting from his couch.  That said, it could actually be good for professional sports to embrace the actions of guys like Kobe Bryant tweeting in-game tips and suggestions.  The NBA has to remember that this was a good thing, because it engaged even more fans while providing them unique access to a world they wouldn’t normally get a glimpse of.  Plus, it’s not as though this is a real distraction for the players in the middle of the game while they’re following the game; not checking their Twitter accounts – hopefully.  Even Major League Baseball recognized the power of social media during the 2011 MLB Home Run Derby – and that league is about as old-school as you’re going to get in American professional sports.

Fortunately, the likelihood of our professional leagues cracking down on fans for sharing this information in the social space is unlikely because it’s actually a good marketing tool for the league; nor is it hurting the league from a profit standpoint.  Not to mention reality has shown us finding a wireless or WiFi signal when surrounded by thousands of fans trying to do the same thing is challenging in and of itself.  Fans uploading real-time information to the social media space really should be the least of league concerns at a sporting event.  However, that priority may change once stadiums and arenas have really perfected WiFi access for all in attendance.  Until then, it makes more sense for sports to wait till they get to that bridge before deciding whether or not to cross it.  Regardless of what the future holds though, you’re naïve if you don’t think social media is the way of the future for public relations in the sports realm. 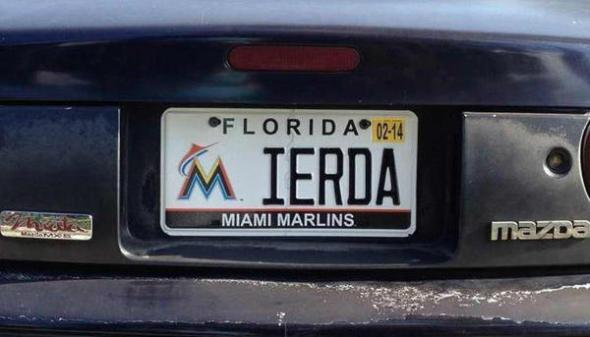 Professional sports can be a very weird world sometimes.  There are teams such as the Lakers and Yankees that have a total of 43 championships between the two of them.  That’s as many wins as the Cleveland Browns have earned (…or at least finished with) over the past 8 seasons.  Thing is, the Browns weren’t always terrible.  In fact, they’ve even won 8 championships as an organization; all of which were won prior to Barry Bonds and José Canseco even being born (I’m sorry, I know the rest of the world was hoping we would never speak of those names ever again); which is probably why no one remembers.  The point is, some teams are terrible now, but have at one point or another shown flashes of brilliance.  With that, I was trying to think of what organization is as guilty as any for accomplishing such a fall from grace and flat on their face.  I had to double check and make sure they were still playing at the big league level because I had assumed they would have been dropped to high rookie ball by now, but yes ladies and gentleman, the Florida…I mean Miami Marlins…are still a professional ball club.

Once upon a time, the Marlins had won not one; but TWO World Series.  To be fair though, the 2003 World Series was probably a greater win than the 1997 World Series because Wayne Huizenga didn’t buy that championship.  Since then, the Fish have been little more than a flop.  Personally, I don’t think it’s fair that an art dealer that grew up cheering for the Yankees had to be the one to go out and purchase the Marlins.  He’s responsible for changing the name of the ball club, strapping nearly $2.4 billion in debt to Miami-Dade County, and worst of all, changing the Marlins logo to one of the most hideous logos in professional sports.  Do you really think it’s a coincidence that José Reyes only spent one season playing in Miami?  Of course these guys aren’t going to take as much pride in winning, I would be embarrassed to play in those jerseys day in and day out too.  Back to my point though, it must be difficult and at times unfair to call yourself a fan of this club when year in and year out they build up talent and then hold a fire sale.  You look around the league and see names like Josh Beckett, Hanley Ramirez, Aníbal Sánchez, Josh Johnson, and Dan Uggla (Juan Pierre came back while Luis Castillo and Carlos Delgado had to retire on me); only to be reminded what the Marlins once had in their possession.  I know you could probably make the same type of comparison to any organization in professional sports.  But the thing is, the only owner that has historically had less of an interest in winning than Marlins ownership over the past decade is that Donald Sterling guy in L.A.  In the meantime, you have your Panthers…just kidding!  But really, I meant the Dolphins (sorry, bad joke again).  Seriously, the Miami Heat are your only opportunity to watch a professional franchise in South Florida with any real success lately.  Hang in there Marlins fans, maybe one day you’ll take a page out of the Clippers 2012 playbook and be back to your winning ways.  In the meantime, one thing you get to compete for with the Tampa Bay Rays year in and year out is the lowest attendance record in Major League Baseball.  Congratulations, you have something to brag about.